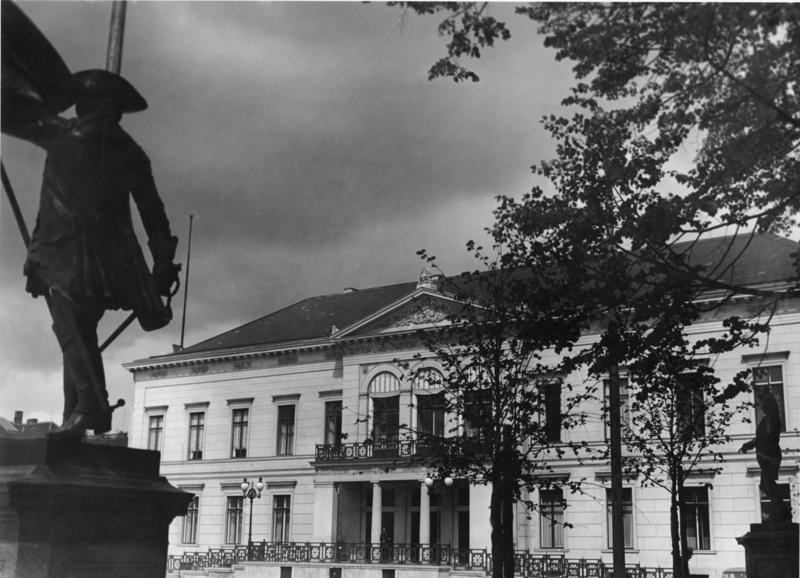 Wolfgang Diewerge (12 January 1906 in Stettin – 4 December 1977 in Essen) was a Nazi propagandist in Joseph Goebbels' Reich Ministry of Popular Enlightenment and Propaganda. His special field was anti-Semitic public relations, especially in connection with trials abroad, which could be exploited for propaganda purposes. He also played an essential role in the preparation of a show trial against Herschel Grynszpan, whose assassination attempt on a German embassy employee in Paris had been used by the Nazis as a trigger for the November pogroms in 1938. In 1941, his pamphlets on the so-called Kaufman Plan and the Soviet Union were published in print runs of millions. After the war, Diewerge managed to re-enter politics via the FDP North Rhine-Westphalia. However, the intervention of the British occupation authorities and a commission of the FDP's Federal Executive Committee put an abrupt end to this intermezzo. In 1966 Diewerge was convicted of perjury for his statements made under oath about the Grynszpan trial planned by the National Socialists. After all, he was involved in the Flick donations affair as managing director of two associations. Provided by Wikipedia
Showing 1 - 20 results of 30 for search 'Diewerge, Wolfgang', query time: 0.05s Refine Results
1